Yikes! Every Time Mortgage Rates Rise, Buyers Need To Make This Much More To Afford a Home 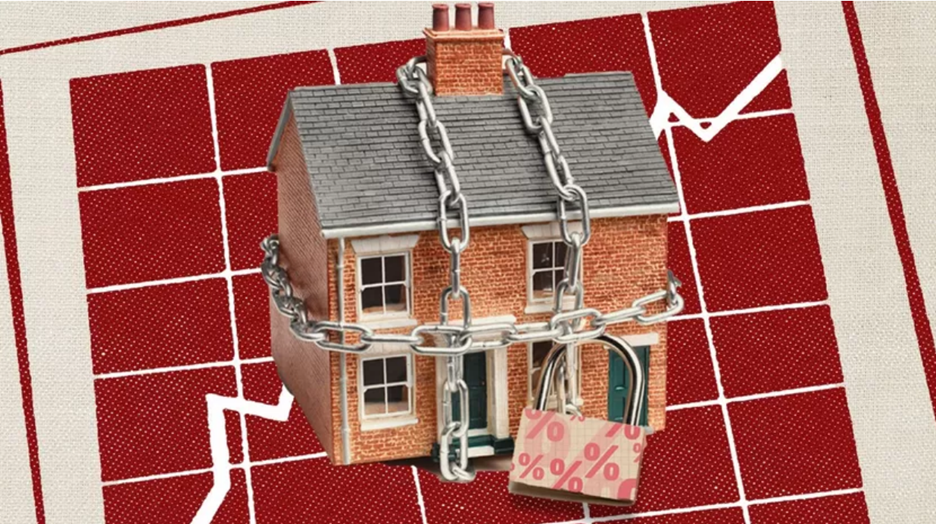 For home shoppers who thought 2022 would be their year, a pervasive sinking feeling is taking hold. They’re realizing the monthly payment for a home they thought they could afford—perhaps just barely—is now hundreds or even thousands of dollars more than they would have paid earlier this year. Their dream home is getting further and further out of reach.

The pain these higher rates have wrought on the housing market is already showing up in the high numbers of buyers who can no longer qualify for a mortgage—or are simply giving up as their purchasing power continues to plummet. Sellers are slashing prices or pulling their homes off the market. Home sales are dropping, and homes are sitting on the market longer.

And sure, we all realized that rising mortgage rates were going to mean higher monthly payments. But how much, exactly? We wanted to give prospective homebuyers a real road map to what’s going on—and what’s going to happen in the coming weeks and months. So the Realtor.com® data team crunched the numbers to find out just how much turmoil each mortgage rate increase is having on homebuyers.

How much does the pool of homebuyers shrink with each percentage point increase in the mortgage rate? And how much more do households need to earn in order to make monthly payments on a new home?

“People are just stopped in their tracks, watching, waiting to see what happens next,” says Rocke Andrews, a mortgage broker at Lending Arizona in Tucson. “It’s basically a frozen market until prices come down more or rates come down, or both.”

The numbers tell the tale: Roughly 3 out of every 4 U.S. households can no longer afford the monthly mortgage payment on a median-priced home of $427,250 with a mortgage rate of 6.7%. (This was the median list price in September using the most recent Realtor.com data.) Mortgage rates have more than doubled since the start of the year, rising from the low 3% range to nearly 7% for 30-year fixed-rate loans, according to Freddie Mac.

That means buyers need a six-figure household income of about $124,000 to buy the median-priced home, according to our analysis. However, just one year ago, when rates were about 3%, buyers would have needed to earn only about $89,000. That difference equates to around 20 million U.S. households that are priced out of the median-priced home in the span of a single year.

“A lot of people are very frustrated. Their income has stayed relatively stable. Their savings are roughly the same. But through no fault of their own, the costs are going up,” says Shmuel Shayowitz, the president and chief lending officer at Approved Funding in River Edge, NJ. “They’re rightfully very focused on the monthly payment—and it just keeps rising.”

If rates go up to 8%, which some real estate experts are predicting, buyers would need an annual household income of $137,356 for a median-priced U.S. home.

To come up with our findings, we calculated the monthly mortgage payment for a median-priced home with a 6.7% mortgage rate on a 30-year fixed loan. This includes taxes and insurance and assumes buyers put down 10%. It works on the assumption that homebuyers are spending no more than the recommended max of 30% of their gross income (what they earn before taxes and deductions) on housing.

Higher mortgage rates have cut into affordability much more than most folks realize.

“When you reduce or raise interest rates by 1%, it increases or decreases buying power by about 12%,” says Andy Walden, vice president of enterprise research and strategy at Black Knight, a housing analytics company.

The real-life version of that math: If someone can afford just a $500,000 home at a 3% mortgage rate, when the rate rises to 4%, the same buyer would be looking at being able to afford something closer to $440,000.

As mortgage rates have climbed, and buyers don’t have as much money to spend on homes, prices have slowly begun correcting. Sellers have been forced to reduce asking prices, and buyers are negotiating them down even further.

“Prices will respond, as they already have,” says George Ratiu, senior economist and manager of economic research at Realtor.com.

Though it’s not a quick process, he warns. “It will take a while to drop below where they were a year ago.”

Across the nation, home prices are either plateauing or dipping, especially in the markets that became red-hot in the past few years. These are places like Austin, TX, and Phoenix, which became ultrapopular during the COVID-19 pandemic.

It isn’t just higher rates that are problematic. The lack of homes for sale is responsible for sky-high home prices. There are far more people in the market than there are homes available for them. That keeps prices high—and the remaining buyers frustrated.

And because incomes have not kept up, there’s been a growing affordability chasm.

Low mortgage rates of the past decade conveniently masked that problem, to some extent. Since rates were lower, buyers could purchase more expensive homes and still have reasonable payments.

“The incredibly low rates in the 2010s allowed people to stretch their budgets,” says Ratiu. Today, “mortgage rates surging at 20-year highs are making it prohibitively expensive for many buyers to afford a home purchase, and compounding the challenge of rising inflation cutting workers’ wages.”

As challenging as the housing market is right now, it’s been worse. When it comes to mortgage rates, much worse.

Following the 1979 energy crisis, the global economy plunged and high oil and gas prices pushed inflation to double-digit highs. That spurred the Federal Reserve to raise interest rates far beyond any point since. Mortgage rates followed. At their peak, mortgage rates were nearly 19%, according to Freddie Mac data.

That’s more than 2.5 times the rates now. Yet, people continued to purchase homes.

Rates came down slowly, through the late 1980s and early 1990s. Rates hovered near 6% during the 2000s, then dipped below 5% and stayed there during most of the 2010s. It wasn’t until the pandemic that they dropped below 3% for the first time in Freddie Mac’s recorded history, fueling the rapid home price growth.

However, home prices were much lower in the 1980s, when mortgage rates were in the double digits

Buyers in the 1980s “love to remind us” how high rates were when they purchased homes, Ratiu says. But median home prices in the early 1980s were in the $60,000 to low $70,000 range, according to National Association of Realtors® sale price data for existing homes (excluding new homes). Home prices today are about six times higher.

Walden, of Black Knight, looks at home prices compared with median household incomes over time. This helps him to figure out how much of their income buyers need to spend to become homeowners.

“That’s the highest it’s been since 1984,” he says. “That’s significantly higher than it’s been over the last couple of years.”

Since 2000 or so, home prices have outpaced incomes by so much that mortgage rates largely took a backseat to a home’s price tag.

“When you go from that 18% interest rate environment in the early ’80s, and you get it all the way down to 3%, obviously, that has massive impacts on the amount of home that you can buy with the same amount of income,” Walden says. “And so if you look at the last time home affordability was at the levels it is today, interest rates were actually at 13%.”

Walden says home prices are roughly 35% higher than what current incomes should support. For the housing market to truly come back into balance—a combination of home price adjustments and higher incomes—it could take years.

Rates could continue to rise—making it even more challenging for already stretched buyers—but not to the levels seen in the 1980s.

This doesn’t mean that those who need to purchase homes won’t ever be able to do so.

Mortgage lender Shayowitz says his clients are getting more creative. They’re trying to increase their down payments so their loans, and therefore monthly payments, will be lower and bringing on co-signers to help them qualify for mortgages. They’re also exploring adjustable-rate mortgages, where the interest rate is lower for a set period of years in the beginning of the loan and then readjusts down the road.

“It needs to be a situation where buyers sit down with their agent. You talk about location, you talk about affordability, you have to strategize,” he says. “People who do that are still able to make it work.”

Related Articles
Market Trends Will Homeownership Soon Be A Thing Of The Past? The Strategy Millennials Are Using To Enter Real Estate Market As the economy teeters on the brink of a recession, potential home buyers wrestling with high-interest rates, low affordability, and overpriced homes are asking themselves how to build the wealth they need to purchase their first primary residence. According to a consumer insights report issued by tech-enabled real estate company Mynd, millennials have found the answer. A […]
Buying Buyers Embrace Adjustable Mortgages as Rates Surpass 7% Rising interest rates have increased the average monthly loan payment by a whopping $1,000 year over year. With the rate for a 30-year mortgage rising to 7.08% this week—the highest average since April 2002, according to Freddie Mac—the average monthly loan payment is now $1,000 more than a year ago, Nadia Evangelou, senior economist and […]
Buying Common Mistakes When Closing on a Home Ever notice that when you’re unprepared, it heats up stressful situations? Take the preclosing stage of the home buying process. You may keep thinking about the money at stake, while forms, disclosures, and reports fly at you. It’s enough to overwhelm anyone. Anyone who isn’t well prepared, that is. You can get a head start, […]