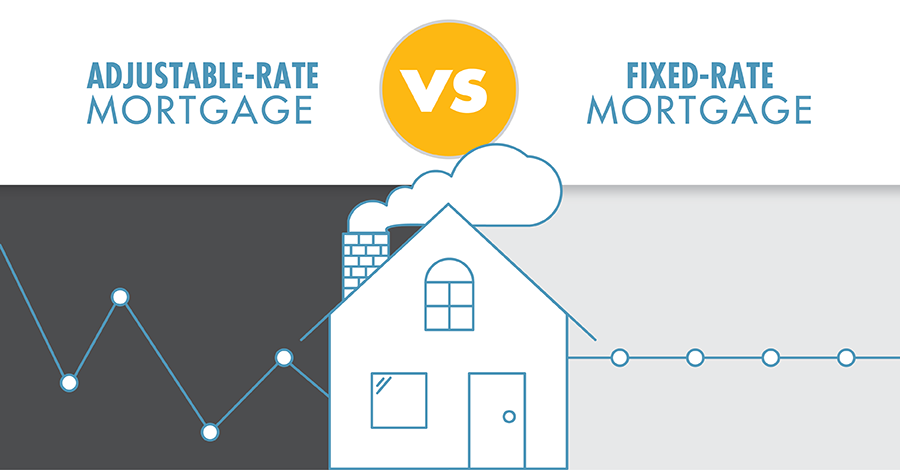 More people are considering adjustable-rate mortgages as a way to (temporarily) lower their monthly housing costs, especially in expensive cities. Should you?

Though there are signs the real estate market is cooling, in competitive housing markets all-cash offers and bidding wars were common until recently. Buyers are under pressure and they’re making all kinds of concessions to get into houses, including skipping home inspections and waiving other contingencies.

Taking out an adjustable-rate mortgage is one strategy buyers have been turning to in an attempt to (temporarily) lower their monthly housing payment. It’s becoming more common especially in expensive housing markets such as San Francisco and San Jose, Calif, and Bridgeport, Conn., according to CoreLogic.

ARMs can be attractive because borrowers will initially have a lower monthly mortgage payment than they would with a traditional 30-year fixed-rate mortgage. Right now the introductory rate on a 5/1 ARM is 4.35% vs. 5.51% for the 30-year fixed.

“It’s amazing what people don’t know about mortgages,” says Ken Waltzer, principal and co-founder of KCS Wealth Advisory in Los Angeles. He said he’ll ask clients considering ARMs about two key numbers related to their loan — the index and the margin — and he’ll get blank stares in response.

In addition to understanding those figures, borrowers thinking about an ARM should first find out how soon their payment could go up, and — perhaps most importantly — whether they “will still be able to afford the monthly payment if the rate and payment go up to the maximums allowed under the loan contract,” according to the Consumer Financial Protection Bureau, a federal consumer watchdog. (And remember that the mortgage payment is just one piece of your total housing costs; there’s also homeowner’s insurance and property taxes, and sometimes mortgage insurance and HOA fees. Homeownership typically requires repair and upkeep costs, too.)

“You just need to be careful because there might be periods where rates go super high and you’re paying 10% for a year or two,” Waltzer said. “You need to know if that’s possible.”

You may remember adjustable-rate mortgages from the subprime foreclosure crisis that preceded the 2008 housing crash and Great Recession. ARMs were popular with buyers looking to get a piece of the housing boom (which turned out to be a bubble). Lending standards were looser in those days, leading to situations where lenders approved mortgages for borrowers even if they couldn’t actually afford to pay it off, experts told MarketWatch. “Back in 2006, if you were able to fog your mirror, you could get a loan,” Waltzer said. “Now you actually have to qualify.”

ARMs today are less risky, thanks in part to borrower protections established by the Dodd-Frank Act, according to Ricard Pochkhanawala, senior policy counsel at  the Center for Responsible Lending. Dodd-Frank required lenders to fully document a borrower’s income and assets and their ability to repay an ARM before the loan was made, and it said that borrowers must qualify for the loan based on the fully-indexed rate, not the introductory or “teaser” interest rate.

Dodd-Frank was enacted more than a decade ago, but I mention it because its protections are a valuable reminder that when it comes to taking out a mortgage, it’s up to you, the borrower, to decide whether the loan is right for you.

Before taking out an ARM, borrowers should make sure they fully understand specific details including any interest-rate caps or floors. This information is in the loan’s promissory note, which, unfortunately, most people don’t read, said Sarah B. Mancini, a staff attorney at the National Consumer Law Center. If you’re a first-time buyer, consider talking to a HUD-certified housing counselor while you navigate this decision, Mancini suggested.

“It’s a crazy market and I think people are feeling pressure to do things that are really at the outside of what they can afford and what they feel comfortable with, and that’s not a good recipe for success in homeownership,” Mancini told MarketWatch.

“A lot of people who are involved in this process have an incentive to push for the deal to go through, and so consumers have to protect their own interests. The realtors and loan officers all get paid a percentage of the price you pay for a home, so their incentive is not financially-aligned with saying, ‘Go in with a lower asking price.”

If we’ve learned anything from the pandemic, it’s that life is unpredictable, so is the economy and so are interest rates. My vote is to go with a fixed-rate mortgage.

A fixed-rate mortgage allows you to build your overall financial plan around a relatively predictable monthly housing payment, while ARMs introduce fluctuation.

“It’s easy to be enticed with the lower rate of the ARM and many people probably say, ‘What are the chances that we are still in this house 10 years from now when the rate turns to variable?’ But this leaves the buyer exposed to interest-rate risk that they might regret down the road,” said Ron Guay, a certified financial planner at Rivermark Wealth Management in Sunnyvale, Calif.

“The fixed rate saves the hassle of monitoring the rate environment and makes your largest line item expense a constant number in a world where everything else is more expensive next year (i.e. inflation). You’re protected from rate increases and if rates drop (enough), you can refinance,” Guay said.

He added, “Any argument for the ARM relies on some nonsense that people can foresee higher rates coming and move to a fixed rate before they do, which is just another form of market timing (i.e. a loser’s game).”

Is my verdict best for you?

On the other hand, an ARM can make sense if you’re planning to sell your house before the rate adjusts and if you think interest rates are headed down (meaning that your loan will adjust down). Some people are comfortable making those kinds of bets, others aren’t.

“If you feel there is even a slight possibility you will stay in a home longer than seven years or so, we usually do not recommend an adjustable-rate mortgage to clients,” said Christopher Lyman, a certified financial planner with Allied Financial Advisors, LLC in Newtown, Penn.

“We have had a few clients in recent months who are adamant they will be moving out of this home in the next few years so they take the ARM knowing this will be the cheaper option if all goes to plan, but the worry we have for them is that life throws curveballs when we least expect it and if they are stuck with this ARM and unable to refinance later than they signed up for paying significantly more in interest over the life of the loan.”

Related Articles
Real Estate Real estate is the safest investment you can make today, millionaires say—Here’s why If you’re planning for retirement, you’ve most likely watched your 401(k) plan run away like a car on a roller coaster. Each upward movement is a long, slow creep to a dramatic crest, met with an expected fall that takes your anxiety with it. If not in stock and bond markets, where are affluent consumers […]
Market Trends Will Homeownership Soon Be A Thing Of The Past? The Strategy Millennials Are Using To Enter Real Estate Market As the economy teeters on the brink of a recession, potential home buyers wrestling with high-interest rates, low affordability, and overpriced homes are asking themselves how to build the wealth they need to purchase their first primary residence. According to a consumer insights report issued by tech-enabled real estate company Mynd, millennials have found the answer. A […]
Buying Buyers Embrace Adjustable Mortgages as Rates Surpass 7% Rising interest rates have increased the average monthly loan payment by a whopping $1,000 year over year. With the rate for a 30-year mortgage rising to 7.08% this week—the highest average since April 2002, according to Freddie Mac—the average monthly loan payment is now $1,000 more than a year ago, Nadia Evangelou, senior economist and […]